A couple of years ago the PTO at my daughter’s school hosted a Father Daughter Dance (although I call it the Daddy Daughter Dance as I know the difference). Alexis was so excited to go and acting so giddy that it was absolutely adorable. The next school year the PTO disbanded and the Father Daughter Dance was cancelled – she was devastated. My husband isn’t her biological father, but he adopted her in August of 2014. However, she’s been calling him Dad since 2011.  She adores him and anyone who meets them can see it written all over her face (and his).

I think the funniest (and cutest) thing about them is even though they aren’t biologically related, people who don’t know the backstory think we’re joking; she looks and acts just like my husband. So when someone, who doesn’t know the backstory gets it all explained to them (if asked), they think we’re making it up lol My husband & daughter LOVE it though <3 It’s something that seems to bond them even more.

Back to the story, when we found out that the PTO was back together and planning on the dance again this year her heart all, but skipped a beat. It meant even more to her now that he adopted her…it would be more ‘official’ for her.

They even went shopping at Kohl’s together to pick out her new dress and shoes for the special occasion and he special ordered her corsage; she was so excited…and proud (as was he) I wanted to share and document this night for her. I could type more, but I feel the pictures speak for themselves… 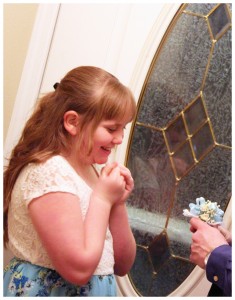 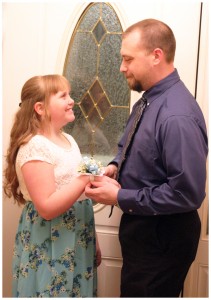 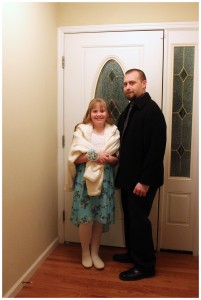 It doesn’t get much more perfect than this. Thank you, honey! You’re such a stand-up Dad 🙂